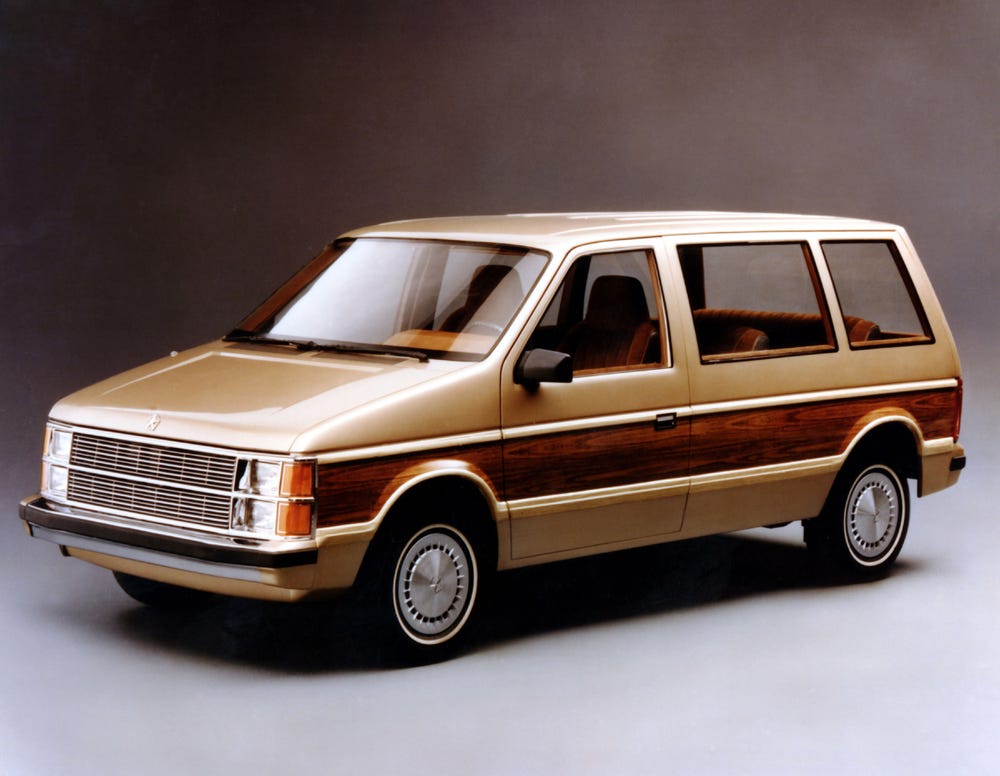 Chrysler’s rough financial straits began in the 60s when, in an effort to try and catch its competitors, it tried to expand domestically and worldwide. They were unable to. In the 70s, there were between 3 recessions, 2 energy crises, and new environmental and fuel standards. That’s not even mentioning competition from Japanese and German compact cars. Chrysler couldn’t compete, and was bailed out by the government.

Why Did the US Bail Chrysler Out?

The Government intervened because at the time, Chrysler had a contract to build tanks. This was at the height of the Cold War, and the US was trying to prepare for anything. The government also feared a loss of jobs in the Chrysler factories and their suppliers. Lastly, they hoped the bail out would boost the quality of American cars. At that time, American cars were struggling with pressure to downsize vehicles in the face of fuel crises and environmental standards.

The Birth of the Minivan

To talk about the history of the minivan, I must first mention a man. Lee Iacocca was the president of Ford in the 1960s when he and an engineer named Hal Sperlich helped create the Mustang. I know, this sporty giant is a big leap from the (nerdy) family minivan, but stick with me. The success of the Mustang boosted Iacocca’s reputation, and he and Sperlich began working on the concept of a van that drives like a car in 1974. Afraid of what Henry Ford II would do to it, Iacocca kept his minivan prototype hidden away.

Iacocca and Sperlich left Ford for Chrysler in the late 70s. Lucky for them, Henry Ford II allowed them to take their “mini” van with them. This was around the time of the government bailout of their new company. They released the minivan in 1983. The first 2 versions were the Plymouth Voyager and the Dodge Caravan. 209,000 were sold the first year. Chrysler was able to pay off its last $800 million debt 7 years early.

Was the Bailout Worth It?

So was the bailout a good bet? Chrysler rode the wave of the minivan’s success for many years. It owned 40% of the minivan market at its peak in 2001. At that point, other American carmakers had abandoned minivans in favor of SUVs and trucks. The public eventually favored Crossover SUVs over minivans. On the one hand, the bailout was the impetus (or funding) to launch the minivan. On the other hand, it was a short term gain. Chrysler is no more–when it filed chapter 11 bankruptcy in 2008, the US didn’t take the bait. Fiat bought the American carmaker in 2014. Would you trade the innovation of the minivan for more money in your pocket? Let me know in the comments.